My thoughts on our recent performance at @Expo2020Dubai 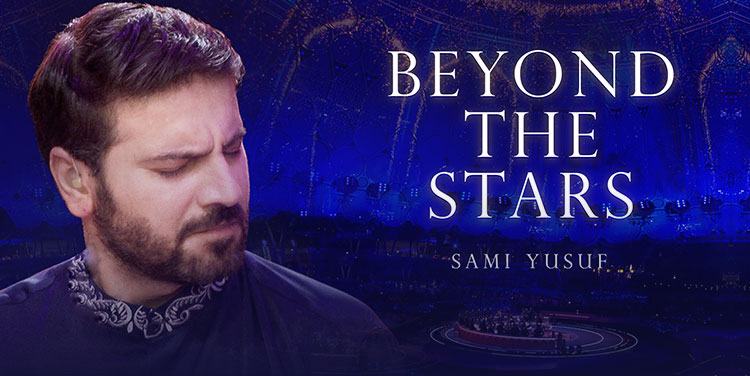 It’s now exactly one month since my ‘Beyond the Stars’ event at Dubai EXPO. I’ve been quiet on social media while I was focused on the preparations and post-production phases of the concert, but I’m delighted to announce its release today!

Performing at Dubai EXPO last month was a truly unforgettable experience. The audiences, the musicians, the production team – everyone made what began as a singular vision into an astonishingly beautiful and multi-layered reality!

It must be remembered that the concert came together under the extremely challenging circumstances of Covid restrictions. It was the first concert for all of us since the pandemic started, and many layers of precautions were in place.

I give few concerts (even pre-pandemic) but I felt honoured to participate in the EXPO event whose theme – Connecting Minds, Creating the Future ­ – is close to my heart. I opened the concert with a new composition, ‘Knowing One Another’, an instrumental work inspired by a Quranic verse that says in part: “… We have created you nations and tribes that you may come to know one another.” It’s a composition that speaks to the ways we interact and to the unitive power of music.

The remarkable musicians who brought my vision to life came from several countries and so even basic communication was not always easy with all the different languages represented. But their eloquence in the universal language – music – was crystal clear. There were no false steps, no mixed messages when they picked up their instruments. Each person was able to express the most subtle and intricate nuances of the soul, and be completely understood by the others. Knowing one another through music was the meaning of the concert, and it was incredible to see that ‘knowing’ taking place every day that we were together.

I believe the eight new pieces that I launched at this event are among my best and strongest works to date. I’m deeply moved by how well they have been received so far. Intended as a journey through the soundscape of the Silk Road, the works include Latin phrases and echoes of Gregorian chant, Andalusian mawwals, qawwali, Azerbaijani mugham, Sufi music and poetry from North Africa to India, and the poignant sounds of the Chinese erhu. The peoples of all these regions have given the world some of its greatest artistic traditions. Moving across these lands, I wanted to express how through music, people with unique stories and ways of viewing the world can recognise in one another the essential unity underlying their beautiful differences.

I composed the finale, ‘Beyond the Stars’, as an ode to Dubai/UAE, the region, and our human family. It’s a tribute to the promise and potential of this land and of us all as we join together to fulfil our destiny. The lyrics call to listeners to awaken from a dream of forgetfulness and find their shining hopes fulfilled as Sadalsuud, the star of spring, enables their transcendent rebirth. The Arabic lyrics are interwoven with the Swahili refrain, ‘Simama Ju’ (‘Rise Up’).

I want to express my deep thanks to the brilliant and dedicated show producers Artists in Motion for the absolutely stunning setting.

The concert was performed on two nights, October 22 & 23. The YouTube release is a compilation of the two performances, mixed and mastered for optimal quality.

It’s very likely that some of these pieces will be on my studio album ‘Ecstasy’ that will be launched in 2022. I’ll be giving more context for the new works from the Dubai EXPO performance now that the full concert has been released:

For further information on the performance click here: https://samiyusufofficial.com/sami-yusufs-live-performance-at-the-dubai-expo-beyond-the-stars-is-available-now

I’m eager to hear what you think.