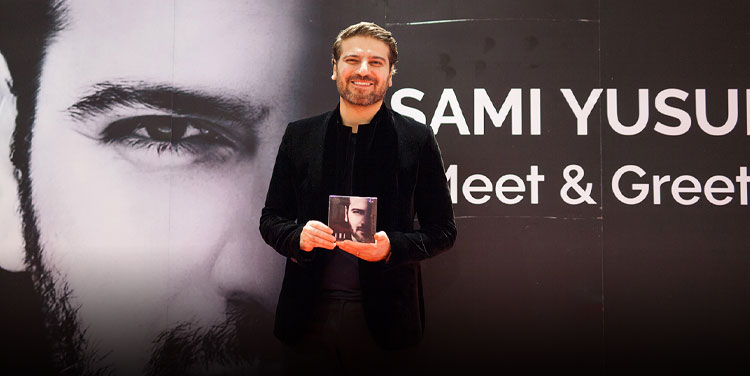 After worldwide acclaim, the singer-songwriter-composer says he’s going back to his roots

“I won’t lie”, says London-bred singer-songwriter Sami Yusuf. “This was a side project.”

We are talking about his new EP, aptly named ‘SAMi’, which takes him into familiar and yet uncharted territory. The album plays bridge to his British roots — he grew up in a borough in West London called Ealing — and his current star status. He is one of the best known Muslim performers in the UK with 34 million albums sold to date.

“My first album, ‘Al Mu’allim,’ was released in London [in 2003] and in many ways my story originate[d] in London and then it took off from there,” he explains. So it may seem like a no-brainer, going home and reflecting on his journey; using that as content for a new tune.

Except, that’s not what happened here.

“This album was made almost by accident,” he recalls, “because I had a friend who came over in 2017. We were working on another album and when he heard the material I had, which was recorded in Morocco the same year, he said, ‘Look, this is really great but why don’t we do a new album? Have you thought of something that explores your British roots?’ And I thought, ‘Oh, that’s interesting, why don’t we do that?

The award-winning sounding-board he’s referring to is Will Knox, whom he calls “a very good songwriter.” They’ve been collaborators for about 10 years and have in common formative years populated by the sounds of London Bouroghs — Knox is from Hammersmith; “we are neighbours”.

The result is a Sufi-influenced six-song EP entirely in English, which is perfectly suited to “everyone”. Yusuf explains that his past work has been aimed at the Mena region and Southeast Asia; “I wouldn’t say not for English-speaking people, but it’s quite niche. It’s not really geared to the average Joe in a pub in London, for example.”