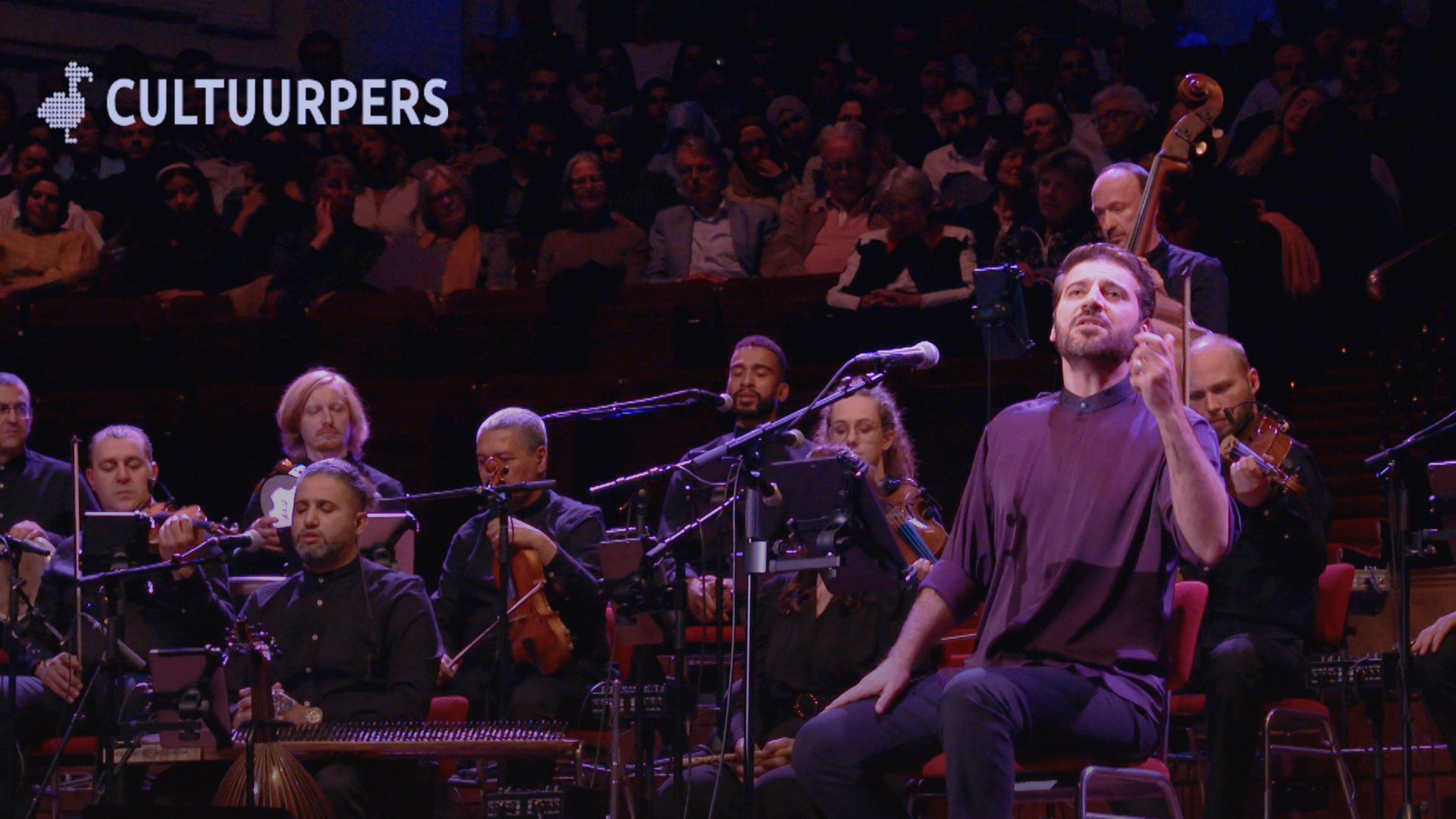 It’s quite a lot, what Sami Yusuf brings on stage: his own accompanying group of seasoned pros, the heavenly voices of Cappella Amsterdam and the traditional Mediterranean sounds of the Amsterdam Andalusian Orchestra. Together this produces a sound experience that moves from calm ponds with a gurgling fountain, to dry steppes winds, raging gulfs and overwhelming mountains. A film could effortlessly be made in which Sami Yusuf’s music plays the leading role.

On June 6, in a Concertgebouw filled to the brim, Yusuf’s latest work finally premiered live, after being limited earlier, in 2020, because of Corona, to a single recording made by all the musicians in the isolation of their own studios. That recording, titled ‘ONE’, deeply moving still, has since been viewed more than half a million times. So, of those hundreds of thousands of viewers, many hundreds came to Amsterdam to experience it in real life now. The Holland Festival received bookings from at least 45 countries, which is how far the fame of this British composer and singer, with roots in Azerbaijan, reaches.

From headscarves to thickly lacquered influencers, from elderly to young, and in quite a few colors of the rainbow, the Concertgebouw’s audience space looked like a celebration of cultural fraternization, just as the title of Yusuf’s new work reads: When Paths Meet.

It was all connection and love, religion with God and Allah at the same time: Sufism at its most profound expression, and there were also links in the music with Chinese meditation. Yusuf takes his inspiration from all countries around the Mediterranean and further east. That’s why – looking for reference points, name a platitude – I recognized an acoustic Vangelis, an oriental Carmina Burana and Arabic flamenco. We’re talking world music at its peak of perfection.

It is also music that blows you away with polyphonic choirs, virtuoso percussion and the power of the single melody held in place by so many instruments simultaneously. A warm bath, therefore, that at times enraptured the audience.

In these confusing times we really need this.