Multi-talented Muslim artist Sami Yusuf returned to the UK this April for a spectacular tour in association with Penny Appeal, raising money for orphans worldwide. In his first UK tour since 2008, Sami Yusuf entertained the crowds with classic favourites like Ya Mustafa as well as showcasing songs from his latest album, The Centre.

Speaking with Asian World before the event, we had the opportunity to discuss his new album and the spiritual understanding behind many of his songs. An appreciation of time was prevalent throughout our discussion and Sami was adamant to express how we can better use our time. Here’s what Sami had to say…

“This album is really important to me because it talks about something that unfortunately isn’t talked about, and that is time. It talks about the inner dimension- which is referred to as an esoteric dimension of Islam. In Islam, this esoteric dimension can be described as Sufism. This album touches on that. Amidst all the misunderstandings that were facing today, be it extremism, ignorance or stupidity, I think if there was one magic potion or antidote to these things, it would be the inner dimension or inner meaning of things. Every religion has an inner dimension, be it Buddhism, Sikhism or Hinduism.” 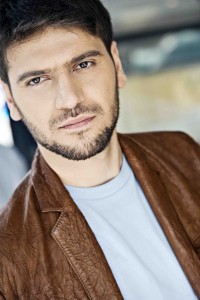 Sami avidly believes in this esoteric dimension existing all around us and it is only when we embrace tradition can we truly appreciate Islam as a religion and way of life. “Everything beautiful you see within the Islamic tradition comes from the inner dimension. As you know, we are living in difficult times, where even the very mention of Sufism makes people question it- especially for young people living in the West, who are struggling to come to terms with an identity.” He continued, “Unless you revert back to tradition that is over millennia old, you can’t escape confusion or misunderstanding.”

Sami has a distinctive sound which is palpable throughout his career as a musician in particular. The music he creates is extravagant and rather overwhelming, which Sami believes makes him differ from other artists. He explained: “In my humble capacity of being a musician, pop music has never really been my thing; maybe my next album will be called, ‘The death of Islamic pop’ (laughs). I don’t hate many things, but I do detest pop. If I take an old composition from Nusrat Fateh Khan and I re-do that with traditional instruments taken from India, and that becomes popular, that not pop. It’s just contemporary. Pop music is when the music used isn’t coming from the Islamic world view; it’s the modern world view. So all this techno business is very dangerous and confusing.” Sami continued to re-iterate the importance of connecting with our roots; it is here where originality is born. How curious is it, in a time when everyone is trying to find the next big thing, Sami offers such a simple solution.

Although Sami is spiritual, there is always a question of religious morals that come in to play. Using musical instruments is one of those issues. As one of the first Muslim artists to promote musical instruments in his music, there was bound to be some controversy surrounding this. Sami explained: “The irony of it is, that 100 years ago, using musical instruments would not be an issue. You would be listening to qawali, including the harmonia and the tabla. It’s just recently, it’s the modern setting and the exploration of a particular type of Islam from certain oil making countries, which is very perverted and an un-traditional form of Islam and it has been taken away from the kind of Islam that our parents know of. It’s just fixated on a particular aspect of Shariah and very outwardly un-intelligent, but there’s money in it. So they come over here and build mosques on one condition; they will give you the money, but they say, ‘You have to teach our understanding of Islam’. Now herein lays the problem.”

With a distorted view of Islam, many British Muslims are left without an identity that they can call their own. Sami said: “It’s upsetting that we even have to talk about it. British Muslims are a part of the British identity and have contributed a significant amount. Integrating is extremely important- I can’t accept that someone’s been in this country for 40 years and can’t speak English- even if it was my own dad, I would be upset with him. We need to create our British Muslim identity, it’s going to take time and it won’t be easy, but we need to refer back to tradition.”

Sami is expanding his talents and working with the likes of AR Rahman, in the film industry for the Mohammed film. He is also working on some Hollywood films, which Sami is very excited about.

Sami Yusuf is re-releasing The Centre album as a deluxe package, including the single, The Gift of Love. Sami explained: “This is the first inter-faith world anthem. It’s a very symbolic and powerful message of uniting all faiths- something that we all need to remember today.”