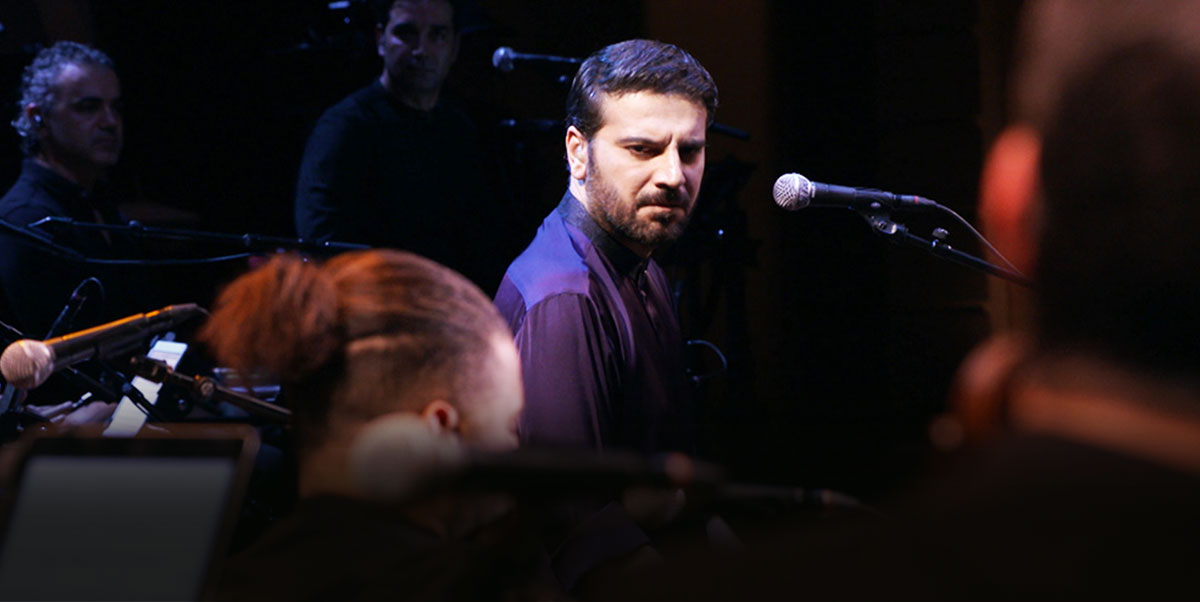 “It is music that blows you away with polyphonic choirs, virtuoso percussion and the power of the single melody held in place by so many instruments simultaneously.”

‘When Paths Meet’ is an electrifying dialogue among remarkable musicians from three continents. On June 6 as part of the Holland Festival, new compositions and arrangements by the British composer Sami Yusuf were performed with exceptional artistry by Cappella Amsterdam, the Amsterdam Andalusian Orchestra, and Sami Yusuf’s own ensemble. The sold-out event was held in the regal Concertgebouw, where the greatest musicians of the past two centuries have performed their works.

New works by Sami Yusuf launched at this concert include ‘Veritas’, a piece that opens with distinctly Central Asian tones and ethereal vocalizations that hint at a time before time, before shifting in mood to awe at the fiery majesty of creation. A second new composition, ‘Karitas’, evokes the pure love that flows through the heart of all things. It is the very love that is found in abundance in every note and every word of the different traditions heard here.

The traditional instruments heard in the performance come from lands stretching from China to Spain. The music has its origins at times in Persian dastgahs, at times in Azerbaijani mughams, at times in Andalusian melodies. And at other times the clear strains of early Western choral music are front and centre. Lyrics come from mystical writings of luminaries across centuries – in Latin, German, Turkish, and Arabic.

About the overwhelmingly positive reception the concert has received so far, Sami Yusuf has said, “It brings me deep joy to know that there is a wide audience for the musical dialogue among traditions that ‘When Paths Meet’ presents. Listeners around the world are responding with a recognition and appreciation for the wisdom and beauty in the cultures represented here. And that bodes well for the continued thriving of these vibrant traditions and the meaningful connections they can make between peoples.”

‘When Paths Meet’ was aired on Dutch TV NTR on June 26 and it will be re-broadcast on July 2.

The full live recording of ‘When Paths Meet’ will be released as an album later this summer.